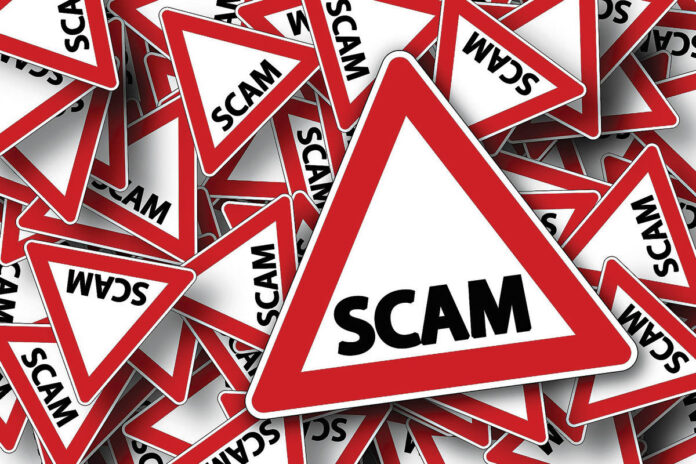 While many social websites try very hard to eliminate any nefarious activity from their sites, there are still many people that use them to deceive people, which is why it’s very important that you’re aware of the potential risks when online. Nobody wants their identity stolen, yet most people have no idea of how this happens. Below are several examples of the most common scams that you are likely to encounter while surfing the internet.

If you’ve been using an email account for any length of time, then you’ve probably already received an email from an individual claiming to be from a wealthy Nigerian family. The email will usually read like a cry for help in order to get a significant amount of money out or in to the country. Some of them may attempt to play on sentiment, such as a death in the family and a donation to a church.

In every story that is told, the scammer will always promise a large sum of money for a pretty mundane task. The scam on the surface always appears too good to be true, yet so many people fall for it.

They will use your emotions against you. They will usually offer you a cut of the money. You’re only task is to cover the legal fees that will be incurred during the process.

The more money you offer to give them, the more they will ask. You will never see any of the money that they promise, simply because it doesn’t exist. This scam is not exactly revolutionary, as variations of it have been deployed throughout much of modern history.

This is a common scam that is used mainly by Filipino and Russian criminals, to steal people’s money. The scam usually goes something like, he/she will present a storyline to you, and then ask if they can pay you a visit (usually from a dating website), but will claim that they lack the funds to purchase the plane ticket. However, once you end up sending them the money, all talks of visiting disappear, as they never had any real intentions of coming to see you.

However, over the years, many people have started to cotton on to this scam, which has led to the scammers varying things up. Instead of them asking you to send them money so that they can purchase a ticket, instead they will send you a photocopied version of the ticket that they intend to purchase with the money you send them, as this makes them appear more authentic. They will also not directly ask you for any money to purchase the ticket, making them appear even more believable. However, usually there is some kind of glitch at the last minute and they will ask you to send them money in order to get around the problem. These scammers are usually well versed in immigration laws, so they may cite a few things as a reason for why they are asking you for money. If you research these things, you may find their excuse plausible, but the reality is that they have no intentions of using your money to buy a ticket.

This scam is fairly old and involves internet users receiving greeting cards in their email inbox, supposedly from known friends.

If you go ahead and open the email and download the attachment to your system, it will infect it. The malicious file may then launch tons of pop-up ads all over your screen. Worst case scenario, it could be ransomware and take over your entail desktop, forcing you to part with money in order to restore control of your system.

If your computer ends up being infected with any one of these malicious files, it’ll become a bot in a large network of systems that have been infected with the same virus. In this situation, your computer will end up sending out private financial information to criminal servers.

Most people dream about the idea of winning the lottery, retiring and spending the rest of their lives enjoying what life has to offer. There is a good chance that you will at least receive one email claiming that you have one a large amount of money from somewhere. The visions of a great vacation, big home and other expensive materials may make you forget that you didn’t even enter a lottery to begin with.

The scam will usually appear authentic, dressed up as a legitimate email. It will claim that you have won millions of dollars and then congratulate you on that feat. However there is usually a catch, as they will state that you must pay the processing fee before you can receive the money.

The moment you go ahead and send them money, you have lost. Once the criminals have acquired the processing fee they will disappear, never to be heard from again.

Business investment is a very popular method used by scammers to lure in their victims. Many people have savings that they would like to use in an investment opportunity. Solicitation for these investments can come via telephone, mail or email. Offers include a wide range of things, such as get-rich-quick schemes, work from home jobs, gambling programs, opportunities to purchase shares and other schemes that appear too good to be true on the surface.

So how do you know these things are all scams? Well, you don’t really, however it’s always best practice not to invest in an opportunity presented to you by someone you’ve never even met or heard of. When you are good and ready to invest your money, it should be you who goes out and seeks a financial adviser who will guide you on what you should put your money into.

The Future of Estate Agency

Why Must Senior Citizens Consider Getting Power Scooters?

Advantages of Software Development in the Cloud

Everything You Need to Know about Back Up

Cybercrime Evolution: How Can Your Security Software Keep Up