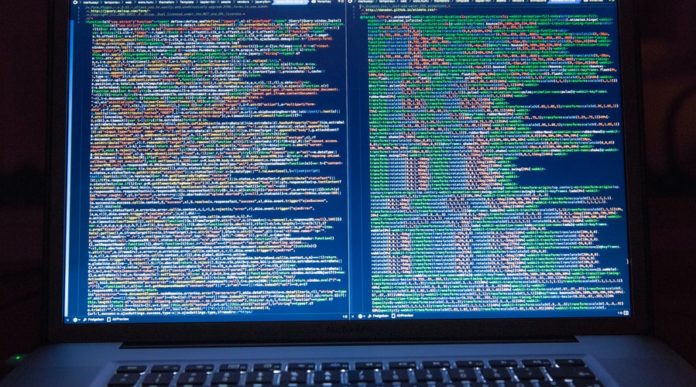 In today’s world, privacy is a luxury, as it is becoming more and more difficult to keep things private. Even though you are not a celebrity or a popular figure, it is difficult to keep things to yourself. No matter how secure you are of all your secrets and things that you own, nothing in life cannot be revealed. This has been proven by the loss of data due to the advancement of the digital world.

The digital world is a great place to grow and reach out to people, whether you own a business or not. However, it is also a place that is surrounded by criminals who are ready to steal your identity.

Therefore, security is uncertain on the web because of the criminals who are out there trying to find ways to get into your account. Data breach has long been an issue of the online world. This is where cyber criminals find ways to steal sensitive information to sell or gain money.

Cybercriminals often attack businesses as they can gather a lot of information about their customers and clients. When this is done, they individually attack customers in many ways. Even today, concerns about such are happening around the world. As we have already entered a new decade, we are to bear witness again to more of these attacks.

Of all these attacks, let us find out which countries have the most security breach in history.

But before going into that, let us take a look at the different types of data breaches to further understand how cyber criminals conduct their plan.

Once the hacker has gained access to a company or person’s important data, they use this as a hostage to get paid by the victim. Here, attackers locked the data in order for the owner to have no access to it. Once they get the payment, they could release back the information. But most of the time, victims of this crime haven’t retrieved their data anymore even though paying the amount. Most of the time the information has already been sent to another server or posted on the dark web.

In this type, the hacker’s main purpose is not to steal any information, but to slow down or shut down the system of the company. Attackers flood in a huge amount of traffic in the site, causing it to slow down and crash. Therefore, when visitors try to visit the page, they are not able to see anything.

Sometimes it damages the site intensively, especially when there are multiple attackers from different locations. This is known as a Distributed Denial of Service (DDoS).

This often occurs individually, since most of phishing scams occur via emails. This email appears as a legitimate email from a trusted brand or company. Often people fall on the trap, as it is difficult for them to differentiate one that is from a reliable source.

Malware is difficult to be detected. This is often embedded in software programs or apps that have been installed by individuals into their mobile phone or computer. This malware could either be a spyware or a virus that can gather information from individuals and even destroy their device completely.

Although password guessing may take time, and most hackers don’t want to do this as the combination to guess a password is too complicated, this is still a way for others to do it. People who use passwords that are easy to identify are usually the victim.

Therefore, when creating a password, it’s important to create a strong password that doesn’t involve any information like the name of a person or a pet.

This occurs when someone accidentally lost their device, or it was stolen. When a device hasn’t been secured with a password, often it would be easy to go into the accounts logged in and gather the information needed.

Now that you have an idea what are the different types of security breaches, it is time to jump right in and discover what countries have the most attacks.

Top Five Countries with the Most Data Breach Incidents

In the first six months of 2019, about 4.1 billion records have been compromised. This data sounds alarming because it only shows us the reality that hackers are getting wiser as technology advances too. Sometimes even the most prepared and advanced country faces this problem.

When it comes to stolen data, the US ranks as the number one victim of this crime. Most hackers target this country as it has more major corporations or companies. The US has experienced a loss of about 6 billion identities from 2013 to 2017 alone.

This country has been exposed to different security breaches from stolen identities to other forms of attacks.

Up to this year, Yahoo, an American company, has the highest record for stolen identity, with about 3 billion records in 2013.

India is another country that came in the list of most-stolen records. One of the biggest data breaches that the country has experienced was the loss of information from the company Aadhaar.

Aadhaar is a biometric system where Indian citizens obtain a unique 12-digit number. It contains important data of individuals from their thumbprints, retinal scans, and even bank details.

The company has experienced a massive data leakage in March of 2018 with a total number of 1.1 billion data compromised. This is second to Yahoo!

The UK has experienced a lot of lost since 2013. Although the UK has a strong security plan for cyberattacks, they are one of the countries that have a lot of security theft.

One of the biggest incidents occurred in the year 2017 from the company Dixons Carphone. About 10.2 million records of customers were hacked from their system. It was followed by the British Airways with about half a million data of customers stolen by hackers when they diverted the customers to their site, stealing information like address, booking information, and even credit card details.

Despite having the most numbers of hackers in the world and being always blamed for hacking the US. China is also one of the countries that have a lot of security breach incidence, with about 350 million stolen data, China becomes a vulnerable place.

Japan has also been part of other countries with a large number of lost data. From 2013 to 2017 alone, they have lost a surmounting amount of 114 million data.

Other countries that have also most data breaches are Turkey, France, Canada, Australia, Russia, and Mexico.

The biggest industry that has always been compromised is the healthcare industry. It is followed by the government and the financial sectors.

This year and the coming years the number of cyber threats or breaches, will increase in number. As this increases, so are the laws and regulations of certain countries. The only way for corporations or businesses to fight this everyday threat is to come up with a strong and effective plan to protect their clients’ identities.

The Future of Estate Agency

How do Seasons Affect the Moving Process?

Tips To Keep The Data Safe When Working Remotely