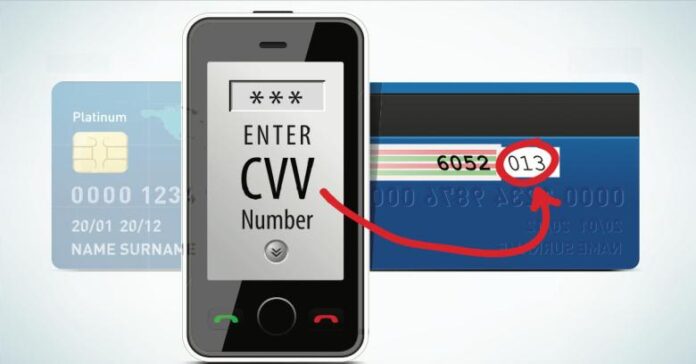 Are you adept at using a debit or credit card? Noticed how you are asked for the CVV number or code while making transactions out of the same? Whether you are making a purchase over phone or through the online portal, you will observe that the respective credit card number, as well as the expiration date, is not the only information that you would require. There is a special advanced security feature referred to as the CVV or the Card Verification Code. This is the code that is required by vendors for processing the given transaction.

In this post, we will let you know all about what is CVV and what its importance is in context of business or personal transactions.

What does CVV Stand for?

CVV is known to stand for Card Verification Value. It is mostly represented in the form of a 3-digit or 4-digit number that is commonly found in most debit & credit cards.

For the given security feature on transaction cards, there are several acronyms within the given industry. Here are some of them:

The Role of CVVs

As the revolutionary chip-supported card technology is capable of managing to significantly cut back on frauds related to physical cards, criminals out there have shifted the overall focus to the digital scenario. The creation of fake credit cards has only provided way to thefts related to online information. This is wherein the role of CVV comes in. With the help of the CVV, credit card issuers & banks are able to reduce the number of fraudulent online transactions.

With most debit as well as credit cards, there is the association of two CVVs. The first served to be the encoded magnetic strip that is utilized for carrying out in-person transactions, the second one is known to be visible to the card users. The second CVV is the one that you tend to enter when you are making some online transaction.

While it is still easier for experienced hackers to still gain access to vital information on credit card –including the credit card number, expiration dates, and others. However, it is believed that CVVs are quite difficult to trace. This is significantly due to industry-specific regulations. As per the standards laid down by the PCI or Payment Card Industry, merchants might consider storing the respective credit card number along with the expiration date. However, they cannot store the CVV. Therefore, while you might not consider entering the credit card number for every transaction, you are still required to enter the CVV every time for ensuring the additional security level.

How to Find the CVV?

To find the CVV, it would ultimately depend on the specific type of card that you possess. For Discover, MasterCard, and Visa cards, you will be finding the three-digit code on the back portion of the card. The number is located just above or inside the signature strip on the card. It is important to note that American Express is known to implement things differently. The given credit card issuer is known to place a 4-digit CVV on the front side –just above the Amex logo.

What is the Difference Between the CVV and the PIN?

The PIN is generated by the users and referred to as the Personal Identification Number. In most cases, a PIN is composed of four digits. However, there are some banks that require longer digits or numbers. Credit cards are known to make use of PIN systems for ensuring cash advances. On the other hand, debit cards are known to make use of the same by withdrawing cash or starting the purchase. None of the given PINs tend to be similar to the CVV.

CVVs are known to be generated automatically by the respective credit card issuer while being printed on the card. While the bank might initially provide the PIN when the credit or debit card gets issued, it only serves to be a temporary process. In most cases, you will be required to change the same to a number that you will be designating. You will have no such control over the CVV.

Will the New Card Feature a New CVV?

As far as security is concerned, no two cards are going to have the same CVV. When you are signing up for a new credit card or replacing the existing one, you will have a new code. The same is known to apply if the current credit card is going to expire while you will be receiving the replacement. Even if the credit card number is the same exactly, you are still going to have a different CVV.

How does the Generation of CVV Occur?

As it would turn out, CVVs are not typical 3-digit or 4-digit numbers. Instead, banks are going to generate the same with the help of four pieces of information –four-digit expiration date, primary account number, keys for DES or Data Encryption Standard pair, and the service code of three digits. For the most obvious reasons, the exact algorithms that are used in the given technology are still not known.

How can I Protect the CVV?

If you wish to be safe from credit card fraud, you should aim at protecting the CVV like some other piece of vital financial information. Here are some of the ways in which you can ensure the same:

Know about the importance of CVVs for ensuring safer transactions.

4 Signs Your SEO Strategy Is Working

How to Improve Business After Lockdown?

A Guide to the Top Benefits of Guest Blogging

Business Intelligence Trends You Will Watch in 2020