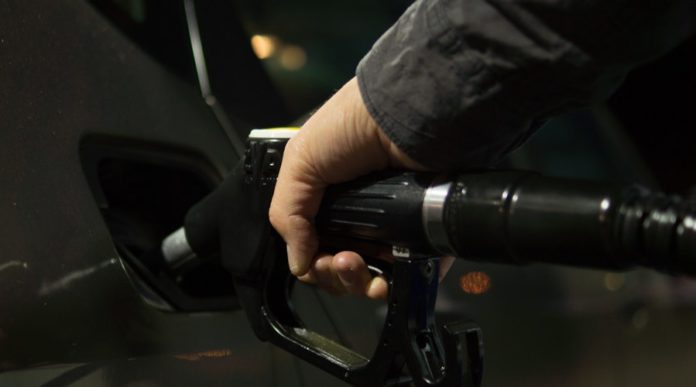 To err is human’ is the wonderful saying describing that not only mistakes but rather sometimes blunders are happened by our acute negligence or mind slips.   This could be due to inattentive, carelessness, over-confidence, oversight, forgetful, inconsiderate and unthoughtful behavior which has a detrimental effect to the victimized product.

Just imagine you are heading towards your destination on your luxurious car with all the facilities like an efficient engine, enhanced space, high quality and bold design, and all of sudden, you come across some break down by some mechanical fault or tyre puncture.  Your smooth journey on car is interrupted by the faults like low battery, tyre puncture or putting wrong fuel into car mistakenly. Among these, the first two faults are inevitable and can occur at any time but putting petrol in diesel car is normally done by an unexperienced first hand- driver.

Have you ever pondered over it? Why does it happen? Many reasons can be attributed to it.  As mentioned above, the wrong fuel issue is mostly concerned with first hand drivers but it is a matter of fact that it could be due to your mind slip or may be overburden of your hectic work schedule.

Before going ahead, it would be far better to have a cursory view of various fuels.  Broadly speaking fuels can be classified into following types:

It is the tested and tried fuel being used ever since 1900 and is considered the best fuel by vehicle owners.  But, in respect of environmental concerns and global warming, carbon dioxide emission is increasing and gasoline also enhances this emission. So, environmentalists pay a great stress on the choice of alternative fuel instead of gasoline.

It is most favoured fuel by the vehicles bound for long distances.  So in your vicinities, you would observe diesel based vehicles like vans, trucks, boats and trains in which diesel is used as fuel.

It is the cheaper fuel alternative to diesel and gas.  This is also a volatile component of gasoline and is a fuel not harmful for the Greenhouse Effect.

It is one of the most favoured fuels having less carbon emission and that is why it is very popular in context of alarming carbon emissions in the atmosphere.

It is another environment-friendly fuel which is seeing its demand increasing by the vehicle owners and hopefully in near future, it would attract more car owners for being conducive for the clean and green environment.

Obtained from palm oil, it is the best fuel proved for the cars, thus helping conservation movements of the world but on the contrary, it is also worried by the environmentalists that by deforestation of palm trees, eventually global warming will definitely be on the rise.

In this perspective, it is pertinent to mention that normally first hand drivers commit such slipups and consequently bear a huge loss if prompt action is not taken.  This happens in some hurry or in urgency and you end up inserting the wrong fuel. For instance, in petrol-based car, you have diesel or gasoline into your car and vice versa.  In the same manner some get higher-octane gas in a low-octane car or low-octane gas in high-octane car. What happens to your car if you do a wrong choice of fuel, let us peruse it in a little bit detail

How grave is the issue?

Of course, this is a very serious threat to your car engine and mechanically your car parts would damage but fuel tank, valve guides, valve seats, fuel pump and injectors will be having more damage if in time remedy is not made. Thus fuel system of the car is damaged severely if you do make an instant decision to set it right.  In case if petrol is put into diesel run car, the lubrication is reduced resulting in damage of fuel pump because in this way its parts are exposed and by rubbing together, loose strength.

Prompt Action you should do

Instantly, if you have had such embarrassing situation encountered owing to the choice of wrong fuel, then immediately turn off the engine as if you keep on starting it, then there could have more damage or maybe you will have to replace some parts too.  Search out some nearby service station or call emergency service.

This is also to be noted that putting diesel into a car of petrol, is not so much injurious as by its chemical structure, diesel before ignition needs compression.  Now let us have a look on some instant actions needed in this regard:

It goes without saying that you must be very vigilant while fuelling into your car.  Furthermore, there are some labels on fuel tank opening cover. If you find a circle, it will be an indication of petrol that your car is petrol-based while if you notice square, then it will be sign of diesel.  Similarly you will also see some letters identifying the fuel type explain which renewable fuel is going to be put into the car. E specifies ethanol, and B specifies biodiesel.  Likewise, some numbers are also affixed which are for the percentage of fuel mixture.  E5 is a symbol that this fuel has 5% ethanol while B7 symbolises that this diesel has 7% ethanol.

Can You take a Car Title Loan with Bad Credit?

10 Towing Tips to Save your Time and Money