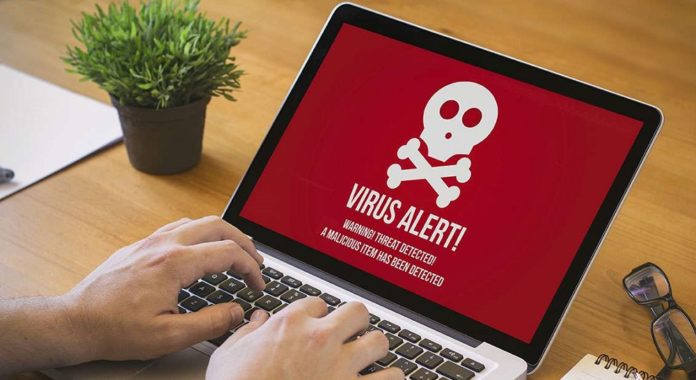 When it comes to the symptoms that may arise when a system has been infected with a virus, it can be a rather expansive topic, covering a great many circumstances. New computer viruses are constantly being created, which affects our systems in new ways, making it increasingly more difficult to quantify.

There are those circumstances when a computer may exhibit certain behavior, which may not necessarily mean an infection. Certain symptoms your computer exhibits can be caused by a number of things, not just a computer virus. So that’s something to consider when your system starts to behavior unnaturally.

With all of that said, let’s take a look at some of the more common symptoms associated with systems that have been infected with a malicious file:

It’s not uncommon for you to encounter ads while surfing the internet, but if these ads pop up on your computer, while you are not doing anything, then that’s a good indication adware is at work. Its best practice to avoid clicking on any of these ads, as you have no idea where they may lead.

If certain tasks on your computer are taking much longer to carry out than they did before, that’s something that should alarm you. When attempting to determine whether or not your system is operating much slower than usual, it’s best to take a more pragmatic approach. Consider the file and activity you’re carrying out, before making any quick judgements.

In other instances, slower system performance may not necessarily mean a computer virus is at work. However, there are some viruses that are capable of infiltrating your system and multiplying across your hard drive, slowing down system performance.

Other examples may entail, the system taking much longer for it to open large folders, i.e. your documents folder. If things seem to stall, while opening folders, and if there appears to be a lag, while opening your media files, that’s a positive sign of a virus infection.

If your documents fail to print or if your printer has stopped printing altogether, that is a positive sign you have a virus problem. First thing you want to rule out, is the problem not being with the printer itself. Make sure the printer is turned on. Also make sure it is properly connected to your computer system or network. If the printer is turned on and properly hooked up to your computer or network, then there’s a chance that a virus may be the cause of its inability to print.

Viruses, when on your computer, are capable of damaging your components, such as your hard drive, as a result, it can cause your system to randomly fail. Providing your system successfully reboots, the first thing you’ll want to do is run a full antivirus scan of your computer – just to determine the cause.

If you’re noticing certain programs are no longer working, or not working as they should, then there’s also a chance that you may notice certain files are missing. This can be a plethora of different file types. It could be files that you personally created, such as document and image files. You may notice that they are nowhere to be found, when you suddenly decide to locate them.

Another symptom of a virus infection is the corruption or deletion of important system files. Most computer users will be oblivious to the missing and/or corrupted system files, however, when they attempt to carry out certain functions or run certain programs (such as an email client, image viewer or browser), they may find out that they can’t. The program may indicate that a certain file is missing, and suddenly close.

Another common symptom of a system that has been infected with a malicious file, is slow system start-ups. In order to determine whether or not your system is suffering from this symptom, you’ll need to be very observant. You may even want to consider timing your system, just to get some idea of how much your computer has slowed down.

When observing the start-up process, there are several things that you should consider. Such as, whether the system appears to freeze or lag for a considerable amount of time, during the process. Does the Windows logo, hang for much longer than usual. These are all tale-tale signs of an infected computer.

How Do I let Legally and Safely during the Lockdown?

How To Save Money When Moving Home? Some Smart Tips

How Does Colour Influence Perception of Premiumness?