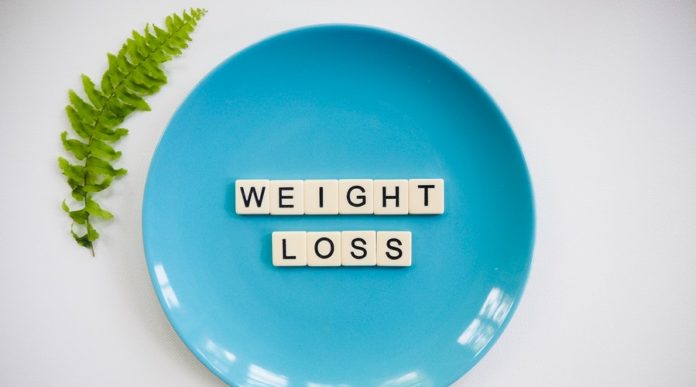 Strange and impossible advice to follow, “miracle” diets without any evidence behind and other unsubstantiated statements sometimes plague the field of nutritional information.

But, over the years, scientists related to the field of nutrition have definitely been able to prove that some strategies are effective when losing weight. It is time to review them.

Drinking water can speed up the metabolism between 24 and 30% over a period of 1 to 1.5 hours, helping to burn some extra calories.

Eggs have many benefits, including helping to lose weight.

Replacing a cereal-based breakfast with eggs can lead to fewer calories in the next 36 hours, losing weight and body fat.

And if for some reason you can’t consume eggs, any other source of quality protein works too.

Coffee has sometimes been unfairly demonized. When it is of good quality, it is full of antioxidants and numerous ways to contribute to good health.

Caffeine can raise the metabolism between 3 and 11% and the elimination of fats between 10 and 2%.

Mind you: make sure you don’t add large amounts of sugar or other high-calorie ingredients, as that would nullify all its benefits.

Green tea contains small amounts of caffeine, but it also includes powerful antioxidants called catechins, which are believed to work in synergy with caffeine to improve the fat burning effect.

Although the evidence is not entirely firm, many studies show that green tea (both drink and extract as a supplement) can help you lose weight.

Coconut oil is very healthy. It is high in medium chain triglycerides, which are metabolized differently than other fats.

It has been shown that these triglycerides can raise the metabolism in a range of up to 120 calories a day and also reduce appetite, which could end up consuming up to 256 fewer calories per day.

The idea is not, however, to add it to something that has already been cooked in a traditional way, but to replace with coconut oil some of the fats that are usually used for cooking.

Glucomannan is a fiber that, in several scientific studies, has caused weight loss to research subjects.

It absorbs water and sits in the intestine for a while, making you feel full and helping you consume fewer calories.

And it has been shown that people who consume glucomannan supplements lose a little more weight than those who do not.

Most people consume too much added sugar. This consumption is strongly associated with the risk of obesity and diseases such as type 2 diabetes and heart problems.

If you want to lose weight, you need to reduce the consumption of added sugar and high fructose corn syrup. And you have to make sure you read food labels well, since many supposedly healthy products are sometimes full of sugar.

Refined carbohydrates are usually sugars or grains that have been stripped of their fibrous and nutritious parts.

Scientific studies show that refined carbohydrates can raise blood sugar quickly, leading to hunger and cravings, and to increase food consumption a few hours later. Consuming them is strongly linked to obesity.

Thus, if carbohydrates are to be consumed, it is better to make sure that they are consumed with their natural fiber included.

Numerous research shows that sticking to a low carbohydrate diet can help you lose two to three times more weight than with the standard low fat diet. And, at the same time, it contributes to better health.

Although it sounds impossible at first glance, it has been shown that using smaller plates often leads to lower calorie consumption automatically.

Everything that contributes to being aware of what is eaten is useful. Thus, controlling portion sizes or counting calories consumed may be a good idea, for obvious reasons.

There are studies that also show that keeping a food diary, writing what is consumed every day or taking pictures of what you eat, can contribute to the loss of kilos

Buying and having healthy foods on hand prevents them from resorting to snacks harmful to the diet.

Thus, it is ideal to resort to fruits, nuts, baby carrots, yogurt or boiled eggs.

Although there are no studies to support this, many recommend brushing your teeth immediately after dinner, which seems to prevent the temptation of a night snack.

Some spices, such as cayenne pepper, contain capsaicin, a component that can speed up metabolism and slightly reduce appetite.

Aerobic exercises not only burn calories, but also contribute to better physical and mental health.

They seem to be especially effective in losing abdominal fat, which grows around the organs and produces metabolic problems. You can also use Fitness trackers to check you heart rate, calories burned etc

One of the bad side effects of dieting is that it tends to favor muscle loss and metabolism deceleration.

And the best way to prevent this is to perform some kind of resistance exercise, such as lifting weights, running on a treadmill etc. This can keep the metabolism high and prevent the loss of muscle mass.

Fiber is usually recommended for weight loss. Although the evidence is inconclusive, some research shows that fiber, especially viscose, elevates satiety and helps control weight in the long term.

Both vegetables and fruits have properties that make them very effective for weight loss.

They contain very few calories, but a lot of fiber. They are also rich in water, which gives them a low energy density. Also, it takes time to chew them and they provide satiety.

Several studies show that people who consume them tend to weigh less. These foods are also very healthy and nutritious, so eating them is important for other reasons beyond losing kilos.

It may take time for the brain to “record” that it has already eaten enough. And some research shows that slower chewing helps to consume fewer calories and increase the production of hormones linked to weight loss.

Sleep is sometimes not taken into account, but it is as important as eating healthy and exercising.

Bad sleep is one of the main risk factors for obesity, linked to an 89% higher risk in children and 55% higher in adults.

If you suffer powerful cravings and you can not control the diet no matter how much you try, you may be facing a case of this addiction.

And the only thing that works is to get help. Trying to lose weight without dealing with that problem first is almost impossible.

Following a high protein diet has been shown to speed up the metabolism of 80 to 100 calories per day.

One study showed that converting proteins into 25% of calories consumed per day reduced obsessive thoughts in relation to food by 60%, while cutting night cravings in half.

Thus, simply adding protein to the diet, without restricting anything, is one of the easiest and most effective (and delicious) ways to lose weight.

If it is difficult to include enough protein in the diet, taking a supplement can help.

An investigation showed that replacing part of the calories with whey protein can lead to a weight loss of about 4 kilos, while lean muscle mass is increased.

Sugar is bad, but in liquid form it is even worse. In fact, it is probably the most fattening part of the modern diet.

For example, one study showed that sugary drinks are associated with a 60% higher risk of obesity in children for each daily serving.

This also applies to fruit juices, which contain the same amount of sugar as a soda. You can consume the whole fruit, but it is better to avoid consuming the juice alone.

If you want to be thinner and healthier person, one of the best things that can be done is to consume natural foods with only one ingredient.

Generally, these foods naturally satisfy, so it is difficult to gain weight if most of the diet is based around them.

Most diets generally do not work in the long term. In fact, there are studies that show that dieting consistently predicts future weight gain.

Instead of dieting, it is better to have as a goal to become a healthier, fitter and happier person. Focus on nourishing the body instead of depriving it of things. Thus, weight loss will come as a natural side effect.

The Nutritional Value of Mushrooms

How Automation is Helpful for Retail Sector?

Renovate Your Entire House Without Spending Much With These Tips

How Automation is Helpful for Retail Sector?

The Nutritional Value of Mushrooms