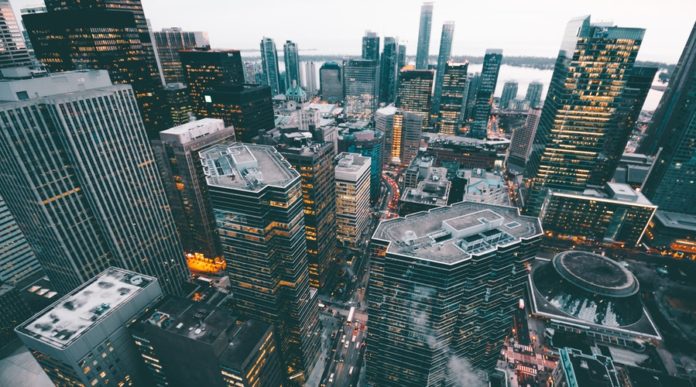 There is a difference in the level of development between various countries and even cities. Several factors influence the pace at which countries and cities grow. And although it is not a race, we do love to know which places have occupied the top spots as the most modern and developed. This is because these places bowl us over with their technologies and innovations, and we love learning about them. Learning about the developments around the world also helps us imagine the possibilities for our own countries and cities. On the other hand, if we belong to one of the most modern cities, it is worth knowing about it.

Here is a list of the eight most modern cities in the world:

Tokyo is all set to host the 2020 Olympics. This city boasts of one of the most efficient and sophisticated rail systems in the world. Shibuya crossing outside the station is the world’s busiest pedestrian crossing, with more than 2500 people crossing at a time. The Tokyo Skytree is Guinness-certified as the world’s tallest tower. Tokyo has one of the best fashion chains, as well as the world’s largest fish market. The electronic stores are awe-inspiring. This city refuses to be left behind when it comes to haute cuisine and Michelin stars also. With a high standard of service, meticulously constructed public parks, prolific festivals, plenty of opportunities to enjoy anime, robotic toys, and excellent riverboat entertainment, Tokyo holds universal appeal.

Seeing this on a list of modern cities might confuse people who aren’t aware of its status. The truth is that Singapore is a city, an island, and a nation. And though it is small, it is one of the top modern Asian cities. This ultra-modern city lies a degree north of the Equator. The efficient governance, trade, and tourism have led it to progress remarkably in the last three decades, making it a model to the developing nations. Though it lacks any significant natural resources, its trade policy and mass industrialization have boosted the economy. Singapore’s port is the busiest, second only to Shanghai. Until 2010, it was the busiest port.

This progressive city in California is a cultural and financial center in the west of the USA. It is known to be one of the most cosmopolitan cities in the world. It forms a part of the famous Silicon Valley and is home to numerous popular companies like Visa, Levi Strauss & Co, Uber Technologies. Besides these, there are offices of Amazon, FedEx, IBM, Target, Starbucks, and so on the present in this city. Do you wonder how it is so modern considering the presence of these giants here? It draws highly skilled workers even though the housing prices in San Francisco are among the highest in this country. One should wander this city by road and visit places like Lombard Street. Make sure your vehicle has roof racks installed. It would help pack on extra luggage quickly, hence accommodating more people in the car.

Bangalore is the Silicon Valley of India (or its IT capital) for good reason. In recent years, it has secured a place in the top fourteen advanced manufacturing and robotics ecosystems. It is home to numerous educational and research institutes, and headquarters of multinational corporations. The city has a vast pool of engineering graduates and a high level of general education, as well. This city is fast becoming famous as Asia’s quickest rising startup ecosystem.  Bangalore has the benefit of excellent infrastructure, pleasant climate, and plenty of resources.

Seoul is an urban utopia because of its passion for exploring technology. It is the cultural, political, and economic center of the country. This city even got the honor of being the World Design Capital and a designated UNESCO City of Design in 2010. Seoul’s skyline is a captivating array of the tallest and most entrancing architectural wonders. The wave of K-pop and K-drama has swept the world and increased the popularity of Seoul.

London is a dynamic culture-focused city-state. It has the honor of being one of the world’s four leading fashion capitals. This city has the third-largest metro systems in the world by length of the track. It is also one of the most popular cities in the world in terms of tourists. London boasts of a spread of 87 restaurants that bear Michelin stars. With its assortment of best shops, universities, football clubs, museums, art galleries, and theatres, London draws people from all around the world. The architecture in London is known all over the world and offers the best of styles including old and new, traditional and contemporary, art deco and gothic.

Taipei is an eccentric city of contrasts. Western, Chinese, and Japanese styles have found their way into its architecture and culture. Taipei is an IT, electronics manufacturing, and transportation hub in East Asia. This city boasts of excellent education and healthcare as well as economic viability. Taipei 101 held the record of being the tallest building in the world in 2004 and is currently the world’s third tallest building. Taipei has some exciting features like a 24/7 bookstore, a Beef Noodle Soup Festival, a 12 storey building catering to karaoke24/7, cartoon network themed bullet train, a street dedicated to wedding photography and bizarre themed restaurants.

The glitz of the megapolis Shanghai will stun you. This is the largest city in the country and one of the most beautiful ones in the world. Its geopolitical situation works in its benefit. The Shanghai Metro is the world’s longest metro system according to route length. This city has seen quick urbanization and is a model of efficient large-scale urban planning.

These cities set the standard for any other city in the world to develop itself and become a part of such lists. There are many different cities that too give a tough run to the ones in this list but whether they make it here today or not, one certain thing is that many cities are developing into the kind of amazing places that we never imagined they would be. The world is truly becoming a better place.

Reasons to Develop a Good Relationship With Your Real Estate Agent

5 Steps for Mastering the Art of Property Management

The Top Reasons Why Small Business Owners Need an Accountant

Top 5 Makeup Products For The Bride

How to Get Small Business Loans

4 Planning Tips to Remember Before You Start Building a Pool

5 Ways to Stop Your Pets from Damaging Power Cords and...